Several decades ago, before many modern producers were born, audio clips of an artist’s recordings were used in a new song without obtaining permission.

Those days are long gone.

In current times, incorporating or “sampling” a portion of a musical recording (along with the underlying song) into a new recording, without permission from the owners of the sampled musical recording (as well as the owners of the underlying song), is a violation of copyright law. The myth that it is OK to use only “one-quarter-of-a-second” of a recording/song holds no truth and such use is illegal. Wouldn’t you recognize the snare from your hit record if another producer used it in their production?

Bottom line: “sampling” another’s work without their permission constitutes the unauthorized use of copyrighted material.

When using a sample without permission, two copyrights are instantly violated:

In order to sample music legally, you must obtain permission from all the parties who own their respective copyrights (i.e., the record label AND the publishing companies).

The associated fees for a license to use a sample can vary tremendously and will depend on how much of the sample you intend to use.

There are three determining factors:

All samples used in a production need to be cleared. Violators may be sued for damages that can constitute the greater of all profits made from the work containing the sample; or $100,000 for each act of copyright infringement. The copyright owner can also ask a court to issue a Cease & Desist (or, in other words, force you to recall any physical albums and destroy them).

On the other side of the discussion, any sort of musical creativity can be monetized via an artist sampling your work, including a full production, a hook, a drum track or a break. Strong production value is attractive to potential suitors of your song, so make sure the sonics, vocals and mix cross the professional threshold.

If someone samples your music without clearance, a popular and common approach is WAIT. Wait until the sampling song is finished making all of its money because you might be entitled to higher amounts of damages if the song goes on to become successful. There are many examples of this “wait” method, including litigation surrounding Thinking Out Loud, We Can’t Stop and Stairway to Heaven 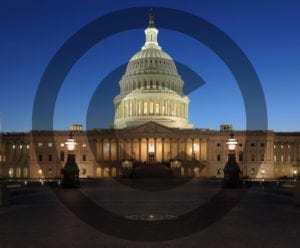 Some who have faced legal claims for sampling the works of others have been known fight back, claiming that the sampling of others’ work falls under the “Fair Use” doctrine of United States law. Fair Use allows the use of copyrighted works of others for very limited purposes including for purposes such as: criticism, comment, news reporting, teaching (including multiple copies for classroom use), scholarship and research. Without getting into a heavy legal discussion, one of the factors in determining whether sampling is a Fair Use is the concept of “transformation”. Transformation is a possible justification that use of a copyrighted work may qualify as Fair Use. In 2017, Drake won a Fair Use case for his 35-second sample of Jimmy Smith’s 1982 Jimmy Smith Rap, without clearance, for his 2013 song Pound Cake. A New York federal judge ruled that Drake had “transformed the purpose of the clip” as opposed to merely incorporating the sample in his recording. This is a very rare exception to copyright infringement and should not be relied upon when considering sampling the work of others.

When a sampling artist claims Fair Use, the rights holders (labels and publishers) counter, citing The United States Copyright Act of 1976. This Act gave copyright owners the exclusive right to exploit their music in any way they see fit, including protecting it from unauthorized sampling or the creation of derivative works.

Following the correct procedures to sample musical works legally will make sure that you remain free from concerns about potential claims and costly litigation. If you choose to proceed with releasing music that contains a sample without clearance, beware of the consequences. Additionally, distributors and streaming services will issue a “strike” if you are caught releasing songs with uncleared samples. Strikes will eventually lead to the inability to professionally distribute your music, compromising your career and success.

Clearing samples is a mundane process, but is not overly challenging. Nolo.com has outlined the process in a clear, readable fashion.

I have always enjoying the treasure hunt of tracking down a song that was sampled in a modern production that I admire. Who Sampled is a resource that I use to get the process started. Let me know a few of your favorite sampling songs in the comments below.

Larry Katz has been a senior executive, attorney, consultant and trusted advisor in the Entertainment Industry for more than twenty-five years, and currently runs his own legal and consulting practices known as “Lawrence H. Katz, P.C. – Attorneys At Law”, based in New York City, and “Katz Consulting Group, Inc.”, based in Los Angeles.